Spiderman (2018) is an American animated superhero film based on the Marvel Comics character Miles Morales (Shameik Moore). In Spider-Man: Into the Spider-Verse, Miles becomes one of many spider-men from parallel universes attempting to save New York City from the kingpin. Miles has a hard time living up to the expectations of his parents until a fateful visit to his uncle’s house leaves him with resolution that he is Spider-man. Innovative technology awaits him, as he gets to the bottom of wrongdoing. Moore is a smart, intelligent, and young African-American man of Puerto Rican descent on the way to make what’s wrong, right. His family connections and his Brooklyn-upbringing make his spider-man story unique and inspirational. 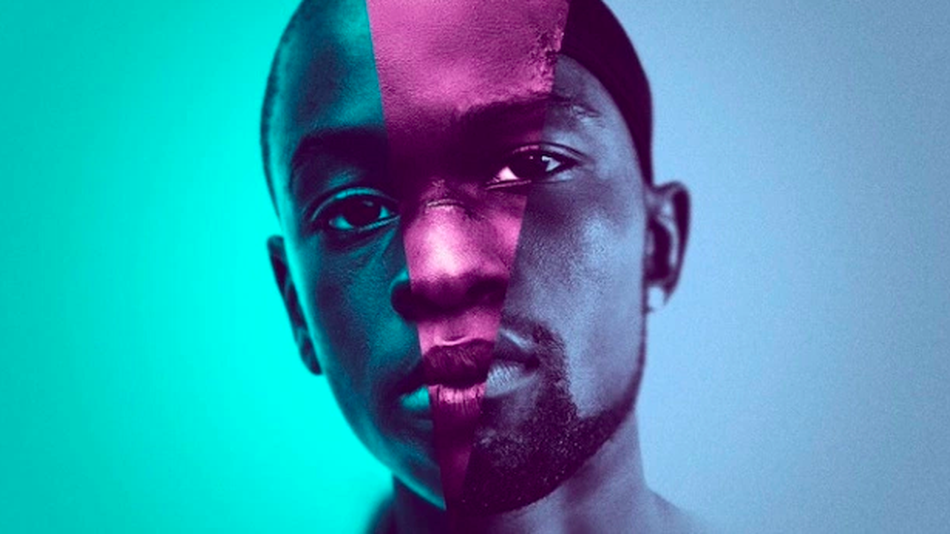 Moonlight is a coming of age drama film from 2016, which documents three stages of the life of an African American man who happens to be gay: his youth, adolescence, and adulthood. Trevante Rhodes plays the adult man who has endured emotional and physical abuse that haunts him in a unique way. The film is effective in addressing difficult issues involved when sexuality meets identity in a complex web of unknowing. The movie is based on the screenplay “In Moonlight Black Boys Look Blue” by Tarell Alvin McCraney; and is the first LGBTQ film with an all-black cast to win the Oscar for Best Picture at the Academy Awards in 2016.

Enter the Dragon was a martial arts movie starring Bruce Lee in 1973. The film was considered culturally significant by the Library of Congress and preserved in their National Film Registry because of its depiction of Asian life after World War II. In the movie, Bruce Lee was hired by the British Police to investigate a suspect, Han, for his possible involvement in prostitution and drug trafficking. Before Lee is sent to Han’s private island for a martial arts contest, he is informed that his sister’s killer, O’Hara, was Han’s bodyguard, and that he was a participant in the fight. Lee’s sense of confidence is evident from the get-go and persists throughout the story as he faces an island full of conspiring hatred. Lee overcame participant-by-participant until he faces Han’s bodyguard, O’Hara, and takes him down too. Lee’s training and skills are a reminder that practicing what you love pays off. Slumdog Millionaire is a British flick loosely based on the novel Q&A. It’s about young man Jamal Malik (Dev Patel), an Indian Muslim, whose rise and success from the slums of India seem suspicious until local authorities are convinced of his intelligence and authenticity. How could a poor boy from the slums answer every question correctly in the millionaire contest? He must have cheated. That’s what the police thought, and kept saying, until they were proven wrong by his use of literature and his creative mind. Dev inspires his friends to band together against opposing forces. His honest ingenuity saved the day and reminds viewers of the power of friendship.

Sports help youth find their way. That’s why Pride, an American biographical movie from 2007, is an inspirational film. Jim Ellis (Terrance Howard) knew that competitive swimming really motivated him, so he worked to inspire troubled teens to relate with his passion. With the help of Elston (Bernie Mac), a janitor, they established a facility pool location for the community. It took a fight to establish an all-black swim team when the mostly-white community regulators insisted that the pool facility should be taken down. Hostility and violence are avoided when the inexperienced swimmers begin to train for the state championships and pursue their dreams, with the support of their mentors.

You can dream and wish all you want, but making your dreams come true takes hard work, and gumption. Communicating this to kids in a warm way is important, and The Princess and the Frog, with Oprah Winfrey as Eudora, mother of the princess Tiana, (Noni Rose) does just that. It’s an animated Disney film in which Oprah makes the pretty garments the princess wears and teaches her how to find love and happiness. The announcement of when the princess makes the decision to kiss the frog and break the evil witches’ ugly spell, comes with the voice of Oprah, in a warm and kind manner. The frog is then transformed into a handsome prince, and he and Oprah’s daughter then live happily ever after. It’s a wonderful fairy tale made lively and real thru African American voice and culture, with Oprah Winfrey is a starring role.

Oprah as Eudora, Mother of The Princess Tatiana

Incluvie Rating Defined: +5 is excellent for people of color, 0 has no POC, and -5 is harmful or hateful towards POC.

Shawshank Redemption is a classic film from 1994 and depicts the experiences of a formerly successful white banker (Tim Robbins) as a prisoner in the dank prison of Shawshank for a crime he did not commit. He faces his predicament and meets friends in a nonchalant and unique manner. One of these friends is a wizened old black prisoner named Red (Morgan Freeman).

The juxtaposition of white and black plays into the story by leading the viewer to consider Robbin’s innocence in the face of suffering, and Freeman’s wisdom as a black man; being rehabilitated. The movie is about hope in the face of suffering, guilty or not. The movie ends with both men winning their freedom and joining each other on a distant beach, to make an old small boat seaworthy again. The partnership between the two men lasts the whole movie and reminds viewers that no man can make it alone, no matter race; and, that when an experience is shared, suffering can be overcome. The roles of these two main characters could be reversed, with Freeman as Robbins, and it would work; that’s what makes this story special, and relevant today.

Incluvie Rating: This movie is ok for diversity, with an Incluvie score of +3. Tim Robbins does a great job playing the central character who is white, which is prevalent. Morgan Freeman plays a great supporting character, who is black, to the main character — which is also common. Even so, it’s a beautiful friendship.

Review by Michael Ashworth of Northeastern University on a project with Incluvie. Rating by Cathy Yee.